For Powerplay Rock and Metal Magazine 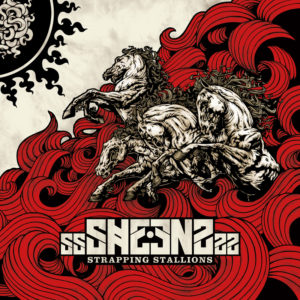 Just simple guys, no gimmicks and a taste for rock n roll. This was the thing that sprung to mind when I heard sssheensss second album for the first time. Obviously heavily influenced by the likes of ZZ Tops, ACDC and Motorhead to name a few, these six rockers know a thing or two about injecting a bit of everything into their music. This album is evidently better evolved from their debut with a much more established understanding of the rock genre they really wanted to approach this time around. It’s just plain and simple rock.

‘Voice Distortion Call’ was a particular favourite track of mine evidently proving my latter statement. The Bass is strong throughout therefore allowing the rhythm section to steal the limelight ahead of the impressive vocal ability of frontman Kiri. I feel this track’s simplicity is what sets it apart from the others.

Sensing musical capability that’s on another level it’s a shame to say that I do feel something is missing. There’s a certain lack of edge and identity for me and I feel this is a let down for what could’ve been an excellent album. It’s nothing that hasn’t been heard before, holding ‘Strapping Stallions’ back from being that stand out piece. However ‘Let’s Explode’ could contradict what I’ve said previous with the epic guitar solo that shows their raw musicianship and flair. Overall I still wouldn’t say it’s perfect but what’s rock n roll without a bit of, dare we say we love it, unpolished material.

Opinion Feature | Little Venues are the Spirit of the Music Industry