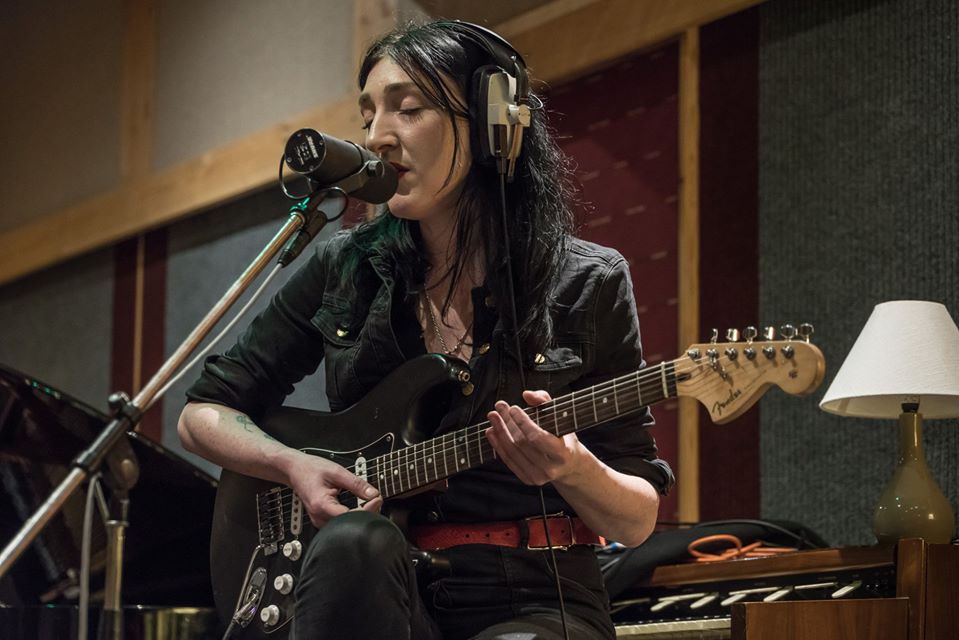 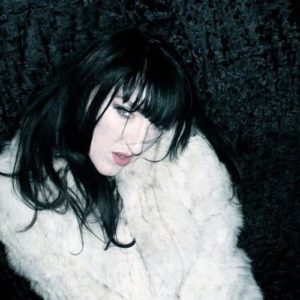 Singer/Songwriter, Emily Breeze, has a simple view when it comes to the freedom of her creative outlet and now, the former front-woman of psychedelic post-punk band, Candy Darling, scales new heights. Performing on the underground music scene in and around Bristol with a rather luxurious and velveteen live set, I caught up with Emily after her recording sessions at Rockfield Studios.

For those who may not know what dystopian loungecore entails, can you give us a description?

Somebody commented the other day calling it ‘lounge-goth’ and I thought that’s more accurate. *laughs

Lounge music relates to exotica, like Les Baxter, and it’s something that makes everything sound like a Valium utopia, where you’re reclining on a chaise longue with a gin martini. It’s a luxurious sensual sort of sadness. My purpose for that musical style is so I can say incredibly caustic and godless comments over the top and it sits beautifully in that background.

Sum up your stage show in 5 words. 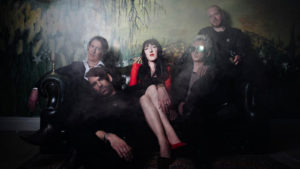 The Bristol 5-piece pose for a picture

Your new album, Rituals, was released 6 September 2019. How has the response been so far?

In terms of global superstardom and being able to quit the day job, it’s alright. *laughs

Looking at the fact that we have absolutely no budget for anything at all, and how that sort of limits a larger audience because you need radio pluggers and a van to take a 5-piece band on the road, in terms of its limitations financially, it’s going very well. I get private messages from a people I’ve never met, from different countries saying, “I play this every-day (Rituals) and it means lots to me” and I feel understood and valued as a songwriter because I say some fairly odd things. There are some off-themes in there and I was thrilled that people connected with those.

Playing live or the creative writing process, which is the most fun and why?

The writing is challenging, but it’s very stimulating and certainly interesting because you’re always trying to create your version of what you think the perfect song would be by combining aspects of your influences and experiences.

“…if I killed him and got put in prison, I reckon that would be the best album I’d ever made. Sometimes I’m like, ‘can’t you just be more of a prick so I can get a good song out of you?!’.”

Do you agree with the following? You have to be depressed to write a sad song or in love to write a love song.

I think I probably would’ve said yes to that when I was younger. But in fact, no. If you’re entrenched in something, certainly like depression, quite often you’re feeling nothing or aren’t attached to anything. So I think when you’re feeling depressed you do not believe in the idea yourself as a songwriter. Certainly for me, when I’m in that mode, I’m just going to eat junk food in bed, watch reality TV and cry but you can call on those feelings with much more freedom when it’s in the past. I currently have a fucking great boyfriend, and my life is better than it used to be in other areas as well so that has been challenging in terms of inspiration. I often wonder if I killed him and got put in prison, I reckon that would be the best album I’d ever made. Sometimes I’m like, ‘can’t you just be more of a prick so I can get a good song out of you?’. *laughs

What is your writing process?

It starts with fragments. I might pick up the guitar and go ‘that’s nice’ but I can’t conceptualise a lyric idea or think about a writing arrangement without knowing what the song is about. I think I’m more lyric-led, so that’s the most important aspect for me. With lyrics, I’ll pick up on things people say, quotes, lines from a film, and something like that will capture my imagination. I might sit chewing and mauling on it until I can attach more ideas, then create a more coherent narrative.

So those are the things that inspire you creatively. Have you got any other inspirations for your writing?

It’s about creating a world that people can walk with you in, isn’t it? So someone like, Nick Cave does that very effectively. I’m a teacher and I did a lesson on Lana Del Ray recently because she completely nails every aspect of what she puts out and you can almost smell it. It’s vivid. In this vein I try to draw on everyday experiences and create a cinematic drama out of them 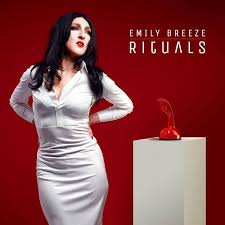 How does it feel being an artist in today’s music industry?

Sometimes I do wish it was still the 90s. I think there are almost more bands than people that could listen to them now and more people in bands than people who aren’t. It’s a tsunami of free music because it’s been demonetised due to streaming. I think it’s an astonishingly difficult time to generate money but it doesn’t mean beneath that, that a lot of things haven’t changed in terms of the experiences. It’s still very exciting and engaging! The main thing you have to do is play gigs all the fucking time but not in your home town.

“…actually fuck them or tell them to fuck off.”

What advice would you give to someone who wants to go down a similar route to you?

Get a fucking job. *laughs

Just try and enjoy it and get obsessed with the world of arts and culture. Absorb everything around you because it’ll give you a rich, distinct fingerprint. Fuck the industry is my main comment; I mean like actually fuck them or tell them to fuck off.

Dead or alive, if you could pick anyone to share the stage with, who would it be and why?

I don’t want to say, Nick Cave, because it’s so obvious. So, Bob Dylan, man. I mean I’m a huge Dylan fan and that’s sort of run right throughout my life. I’d probably just vomit on him but I think in terms of what would be appropriate to my music it would be, Nick Cave – he’s a huge hero of mine.

“…there’s only two of us, and the other Emily Breeze, is famous for being a pregnant weightlifter and that’s not me, I’m the gothic one.”

How can people keep up-to-date with all things Emily?

I don’t have a website, do you think people need them? I never look at a band’s website, I go straight onto YouTube, have a listen and then probably go onto their Instagram or Facebook account. If you put my name into any social media site, there’s only two of us, and the other, Emily Breeze, is famous for being a pregnant weightlifter… so that’s not me! I’m the gothic one. *laughs

Anything exciting coming up in 2020?

We’ve just recorded 4 new songs at Rockfield Studios, Monmouthshire (S.Wales), so we’ll start releasing those as we write the rest of the album. I just got back from there and they sound great. 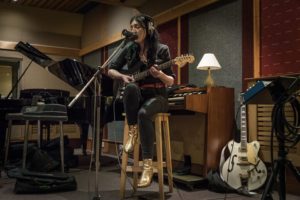 How was it working at Rockfield because it’s such a legendary studio isn’t it?

It’s great to form your little cult where you all stay there, eat and play together and the equipment is astonishing. The producer and in-house engineer are secret weapons as well, so you just never want to leave.

Thank you so much for chatting with me.