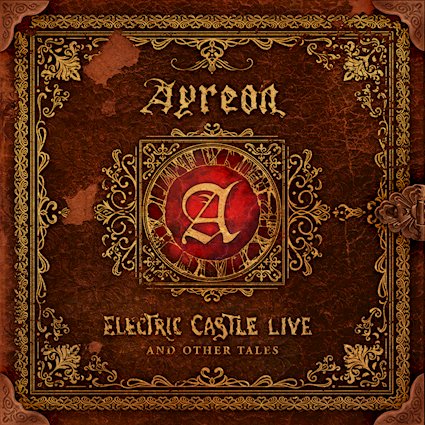 Electric Castle Live and Other Tales 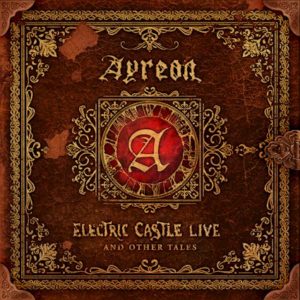 A 20th anniversary is certainly a good reason to re-release an album loved by many, and what better way for Ayreon to do just that, than with a double CD live recording of 4 spectacular nights at Tilburg’s 013 venue. Set to be released on 27 March 2020.

The 2020 release takes the listener on a journey like no other, much like the capabilities of fellow rockers Led Zeppelin, and is a masterpiece of its art form. The quality of the recording, mixing, and mastering is impressive with clear and crisp sound throughout. Listening to the album, I noticed a small yet defining detail within; the right balance between crowd engagements to onstage musicianship. Each added element such as, the mysterious voiceover, cheering, and more set the scene of the stage show well.

The talents of the composer, Arjen Anthony Lucassen, alongside 22 well-respected and much-loved prog musicians of which 8 are lead vocalists, make for a musical-eske production to excite any lover of the dark art. With definite hints of Phantom of the Opera, it is theatrical in all the right places.

Amazing Flight, featured on CD1, is a standout track. The raspy capabilities of vocalist John Jaycee Cuijers are on par with Ronnie James Dio’s famous tale-telling technique. This song sets the tone for the entirety of the album’s direction, led also by keyboard and bass. Taking a turn mid-song, brass instruments including trumpets make an appearance, accompanied by the angelic and powerhouse vocals of two very talented females, Marcela Bovio and Simone Simons. It is, however, a little busy with much to hone in on, but the track builds well before reaching a delicate ending.

Comparatively, The Decision Tree is an upbeat and welcomed track, in my opinion offering a different perspective to it’s spooky and mysterious others. Whilst CD2’s, Robby Valentine, is a beautiful piano-led instrumental piece directed by John De Lancie which couldn’t be any further apart from the latter. It is both impressive and diverse.

Lyrically, the story of the quest wasn’t always clear to me throughout, therefore, I had to concentrate when following certain tracks to link them within the chain of the narrative, which for me was a negative. However, the musicianship and guidance of Lucassen himself cannot be faulted.

Ayreon, has published live video footage of track, Garden of Emotions to coincide with their new album release. It’s nothing short of entertaining and a great pairing with the audio recordings to put the stage layout and sets into perspective.

Available on vinyl, CD, and DVD this intense yet captivating soundtrack is enclosed in a stunning blood red and gold album cover, entirely apt for the medieval theme of its narrative. Given you have a substantial amount of time to follow this live album right the way through from start to finish, you may find that it’s an excellent addition to any progressive rock collection.

Ayreon’s – Garden of Emotions – Live in Tilburg via YouTube: