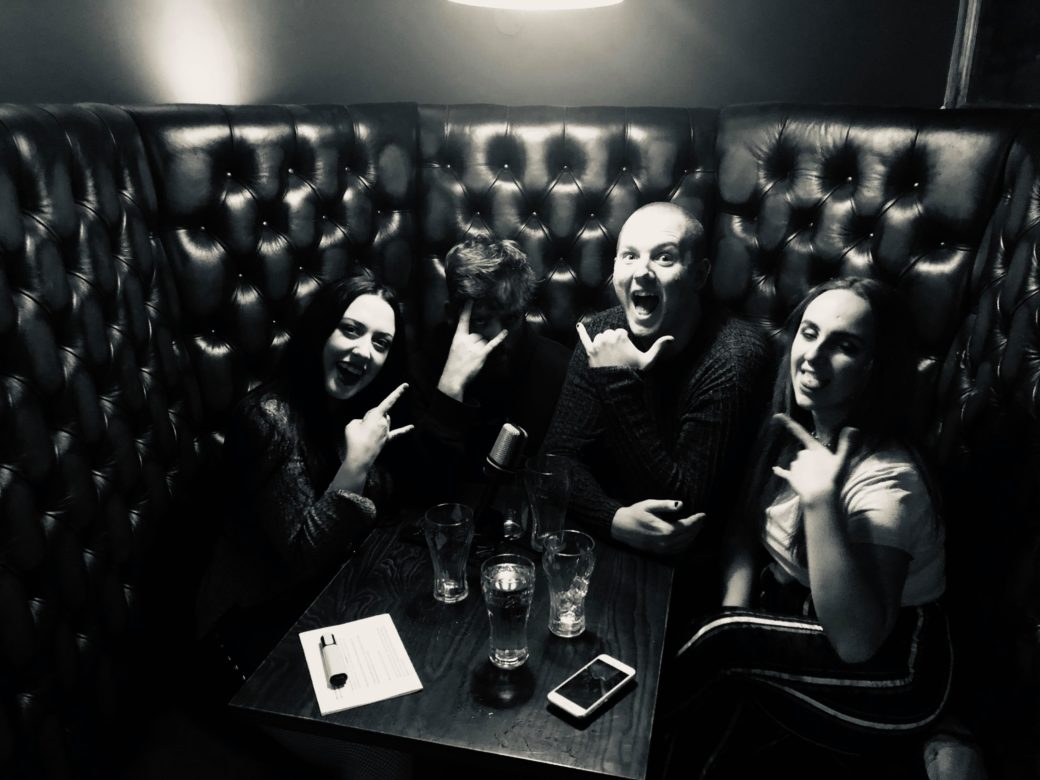 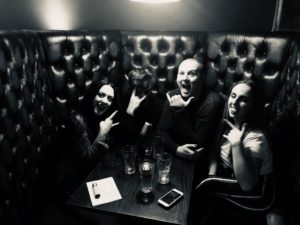 “On a 5 day tour, we had a caffeine overdose, three extreme vomiting cases, a few faints and Josh collapsed on a mat somewhere.” The Bristol based metal heads sat down to talk about touring, the pressures of the music industry and the current climate of the world’s issues. 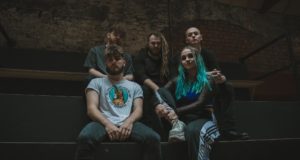 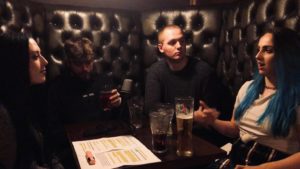 Hey, how are you?

What have you been up to?

Elin: Shopping. We dress quite extravagantly on stage and I want the band to match.

Josh: We have a new change coming up in terms of our appearance. The idea being to re-brand because Elin has got a strong appearance on stage and the rest of us don’t really live up to that.

Your single, Pinky Promise has been played on BBC Introducing and named track of the week on, Tim Week’s BBC Wiltshire show. Are you pleased with the responses you’ve had?

Elin: Yeah definitely, we were surprised how well it went. We didn’t have anyone else backing us. We didn’t get PR or anyone’s help. It was all off our own backs. We actually had no idea that it was played until two weeks after.

What inspires you to write?

Elin: My own experiences but I don’t like to make it obvious what I’m writing about. Otherwise, people won’t be able to interpret lyrics in their own way. I find a lot of things cringe-worthy really easily. I guess I’m my own worst enemy but that makes me work harder.

So your critiques motive you?

Josh: I think something we’re quite good at is coming to the band with an idea and then not being hurt when people say, ‘maybe we can try something else’ in the interest of making a song the best it can be.

“…people find it easier to judge a band based on image.” – Josh Bailey

How do you feel being an artist in the industry today?

Josh: Terrified because the music business changes every day. So it’s not a case of back in the good old days ‘oh this is a band, let’s get them signed’. If you want to get to that professional level you now have to have done so much already but knowing where to prioritise that is hard. It’s a tricky time.

Do you feel pressured to have your look reflect the genre of music you’re playing?

Josh: I didn’t feel pressured, in fact I knew that we didn’t necessarily look like what we were playing but actually it’s became clear recently that people don’t like that. I also think that people find it easier to judge a band based on image.

What has been your favourite experience so far?

Josh: A Bristol headline show was the first time we actually felt like a band. It blacked out onstage, all these people were stood there and I was like ‘oh god, since when do this many people come to see us?’

Zac: Mine are different. We did a show at the Trinity Centre, won best act and on a five day tour we had a caffeine overdose, three extreme vomiting cases, a few faints and Josh collapsed on a mat somewhere.

A lot of bands now are looking at cultural elements and talking about mental health awareness, LGBTQ2 rights, Brexit etc. Do you feel like you’re inspired by those things?

Elin: I don’t ever mean to but all my lyrics seem to be in a post-feminist view. I don’t ever want to be shouting in people’s faces about the patriarchy or any of that but it does just come out.

Zac: We can’t help but be influenced by it because we’re saturated by it. I can’t watch TV, it makes me too sad. That will naturally affect our mind set and I personally don’t think we can help it.

You mentioned before the interview that you have a new single coming out. Tell us more?

Elin: This one’s more tongue in cheek and not necessarily about anything dark but more about how I’ve always struggled with authority and that’s something I need to work on. It’s basically just me saying I have a tough time working under my boss. *laughs

Any shows coming up?

Elin: We’ve got one show in Cheltenham supporting, Out Cold, at the, Frog and Fiddle which has won best small venue awards. It’s on 7th November. After that is when we have some work to do.

Great! Good luck with everything you have going on. Thank you so much for chatting to me today.